Avoiding Wildlife Incidents at Your Airport 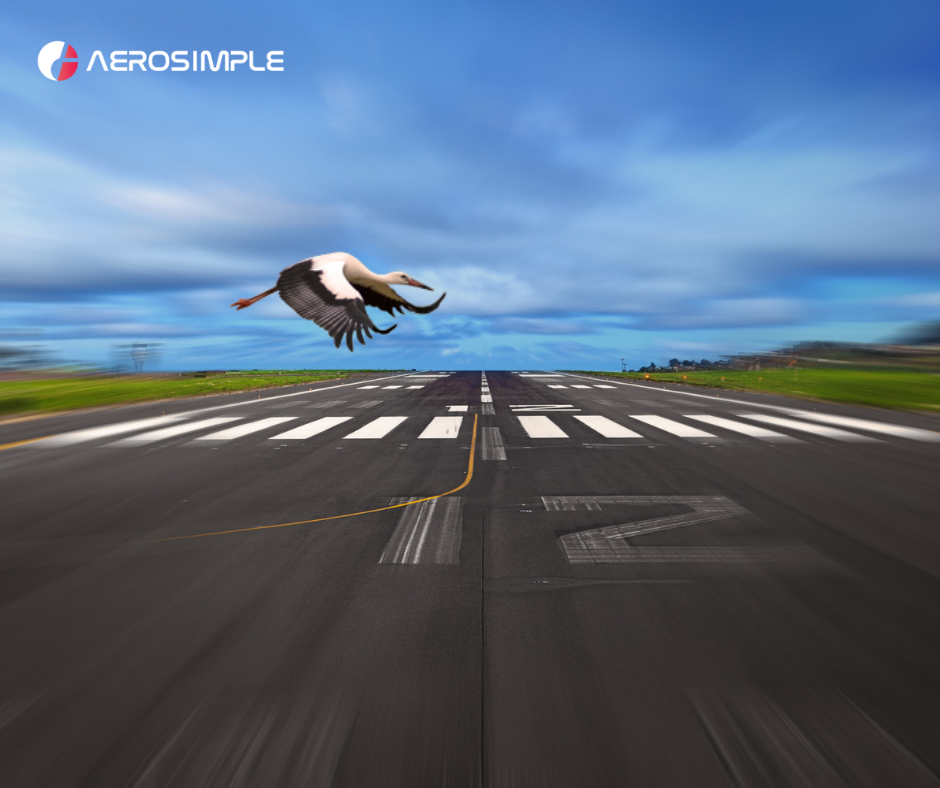 Wildlife incidents pose a great hazard to flight safety, but they are no longer uncontrollable. With advancing technology, airports can take additional measures to avoid wildlife incidents on the runway and in the air by investing in the right solutions. Here's what you should know.

On the ground, deer and other animals may be found crossing the runway, which can pose a serious hazard during takeoff and landing. This is most common in suburban areas and, in rural areas, the danger can be multiplied by the presence of moose, elk, and other large animals.

Some wildlife incidents are mostly seasonal or time-bound. For instance, most collisions with deer happen during dusk and dawn when deer are most active. Meanwhile, collisions with moose and elk tend to happen during fall and winter months when these animals are most likely to come closer to civilization in search of food. In any case, all of these incidents must be avoided and managed to the best of the airport's ability.

How Common Are Wildlife Incidents?

The Federal Aviation Administration (FAA) maintains a database of wildlife strikes, and they also track numbers on deer and bird populations. They warn that ground strikes with wildlife such as deer are extremely dangerous, and they recorded over 1,200 civil aircraft collisions with deer between 1990 and 2019.

Still, birds make up about 97% of all wildlife collisions which has led to major efforts by the United States and Canada to manage incidents at airports across the continent. This led to the formation of the Bird Strike Committee, which encourages civil airports to voluntarily report species, direction, and time (among other details) whenever a bird strike occurs.

However, reporting is just one piece of the puzzle. While it's important to track wildlife incidents and report them, it's even more important to take measures to prevent these incidents. Fortunately, advancing research and technology are making it easier to avoid wildlife collisions altogether.

The Importance of Environmental Planning

The FAA encourages developers to carefully plan the construction of new airports based on local wildlife activity. For instance, building a small airport near a forested area is probably not wise, as the likelihood of deer and other mammals frequenting the airport is high.

When it comes to managing bird strikes, the FAA shares that gulls, waterfowl, and raptors are the most hazardous species that airports must contend with. Since it's impossible to control birds in the airspace, a substantial amount of research has been conducted to reveal what correlates with an increased presence of these species near airports.

Attractants for hazardous wildlife have been identified and include dredge soil containment areas, putrescible waste disposal operations, wastewater treatment facilities, and wetlands. Building an airport near these features could pose a heightened risk of bird strikes.

Because of this, airports also need to be mindful of local development plans, especially in growing towns. If a developer plans to introduce a water source or one of the above facilities on nearby land, airports must advocate for the safety of planes and passengers and present the necessary information to prevent these hazards from being developed within range of the airport.

Plants that provide food and/or shelter for wildlife should be avoided. Likewise, airports should strive to plant foliage that deters hazardous wildlife. Deer, for instance, have a great sense of smell and they use this to find food. By using smells that they dislike such as lavender, sage, mint, and marigolds, an airport can effectively discourage deer from treating airport grounds as an extension of their habitat.

Fortunately, controlling grounded wildlife goes beyond plant choices. Airports that effectively use deer fences and redirection can help keep wildlife off the tarmac. However, improper installation of these deterrents could end up trapping wildlife on the property and funnelling them to the most hazardous areas. For instance, if deer find a way over the fence and onto airport property, fencing can make it difficult for them to get out again, which is why fences alone aren't enough.

Proper monitoring of perimeters is essential for airport security, but also for wildlife management. Installing sensors, cameras, and motion-activated lights at the borders of the property is a wise investment. At the same time, you also need to be mindful of lights that are visible to pilots, posing another complication in the ongoing battle against wildlife strikes.

Proper planning and habitat management are examples of passive control techniques used to decrease the incidence of wildlife on airport property. These measures, when implemented properly, can be highly effective at mitigating danger, but they can never fully prevent wildlife from entering the hazard zone. For that reason, every airport needs to outline active control measures.

Active wildlife control measures often resort to lethal tactics, but these methods need to be planned and coordinated for the safety of passengers and crew while ensuring airports are within regulations. For instance, lethal control of an endangered species could get an airport in trouble with wildlife protection agencies and animal welfare groups.

Before any lethal measures are taken, airports should first look to non-lethal options, which include herding and trapping. While these measures may take more time than lethal removal, they are more humane and sometimes absolutely necessary, as in the case of dealing with a protected species.

Ultimately, it is up to airport management to determine the circumstances in which an animal should be removed humanely or lethally, but they must communicate how to do so in accordance with staff safety, regulations, and permitting requirements. This is all information that needs to be laid out in official procedures.

After taking actions to minimize the presence of wildlife near airport property, airports must also implement procedures to effectively manage the situation when wildlife is spotted nearby. You must consider the vehicles and staff that would be used to resolve the situation and the processes that should be followed to do so safely and effectively.

Part of these procedures should outline:

If your airport does not currently have written procedures regarding wildlife management, it's important that you invest time in creating them. Everything from the rules and regulations regarding the use of firearms on airport property to a priority list of what species should be monitored and how needs to be broken down.

Wildlife control officers may be tasked with assembling procedures, but they should have airport management review those procedures before they are finalized. Officers should also know who to report to when a product or technique is found to be ineffective or there is a concern regarding wildlife activity.

Investing in a combination of passive and active control methods is important for maintaining safety at your airport, but how do you know, for example, whether the new landscaping is attracting deer or discouraging them? Likewise, how can you tell if a spray-on product is really keeping small animals off the runway?

The only way to measure the efficacy of control methods and determine if they're worth your continued investment is to evaluate them. Tracking sightings according to the time, day, location, and species will help you measure wildlife activity over a period of time and determine if conditions are changing in response to your measures.

This process is especially important if your airport is investing in consumable deterrents, such as scented products. The cost of these products can add up, and continuing to use a product without knowing that it's actually completely ineffective represents significant wasted resources. It could take some months to determine if a product is effective, but it's time well spent to improve safety and maximize your budget.

The Value of Reporting

The FAA formed the Bird Strike Committee to track the occurrence of wildlife incidents, but reporting is voluntary. Because reporting is not required, many accidents go unreported. In the long run, failing to report a strike will only lead to additional challenges for airport management.

Ultimately, taking a few extra moments to report a wildlife collision can help shape trends and patterns that allow airports to be better informed about the presence, migration, and habits of local wildlife. Fortunately, the FAA makes it easier to report thanks to a new online portal, but it gets even easier than that with a solution like Aerosimple.

If using the FAA's reporting system is a deterrent, or if you find your airport does not record and retain enough information on the incidents as they occur, you need a modern solution. With Aerosimple's Wildlife Management tools, your airport can easily report bird strikes and other wildlife incidents to the FAA without leaving your dashboard.

Using Aerosimple, you can also review recent logs to help you better plan for and mitigate potential problems while identifying local trends that could increase collision risks during certain seasons or times of day. Interested in learning more about Aerosimple? It's far more than a wildlife tracker.

Aerosimple is an all-in-one platform that integrates all of the modern tools your airport needs to operate effectively while maximizing security and passenger experience. See for yourself by signing up for a free 60-day trial and learn how the right tech can help your airport grow. Get started today! 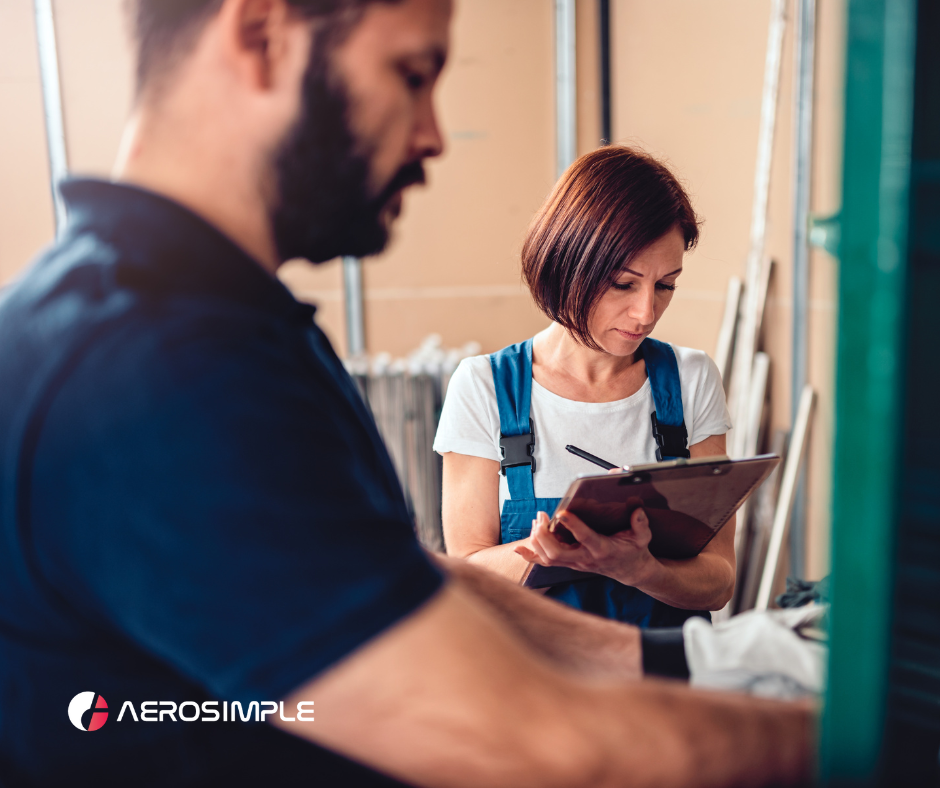 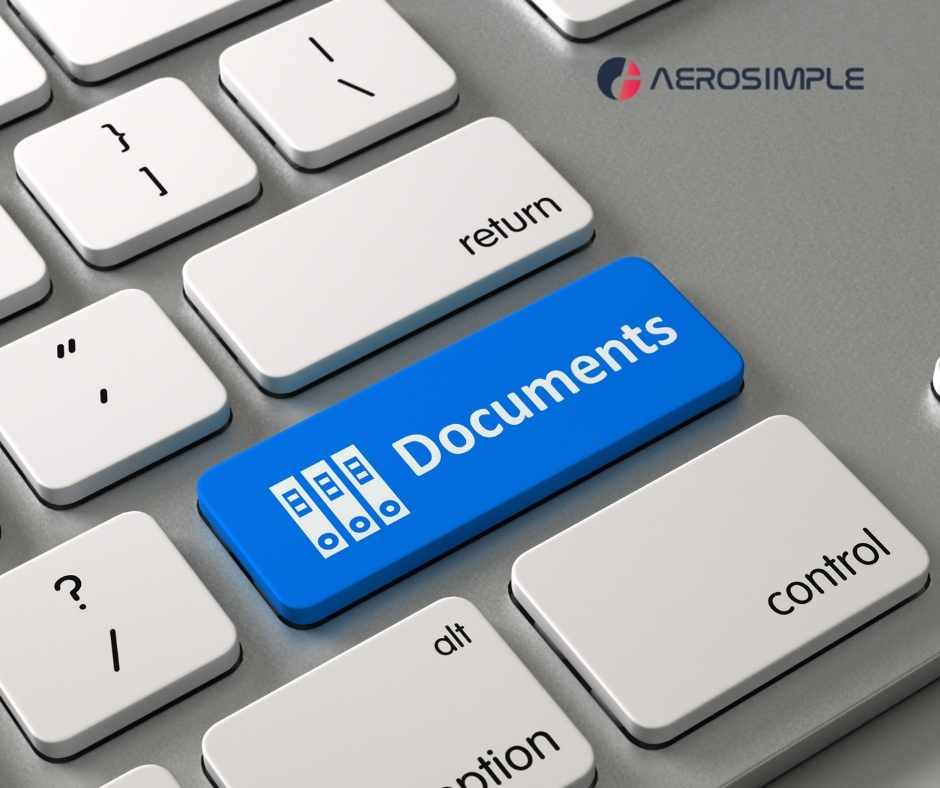 Optimize Your Record Keeping With a Document Management System (DMS) 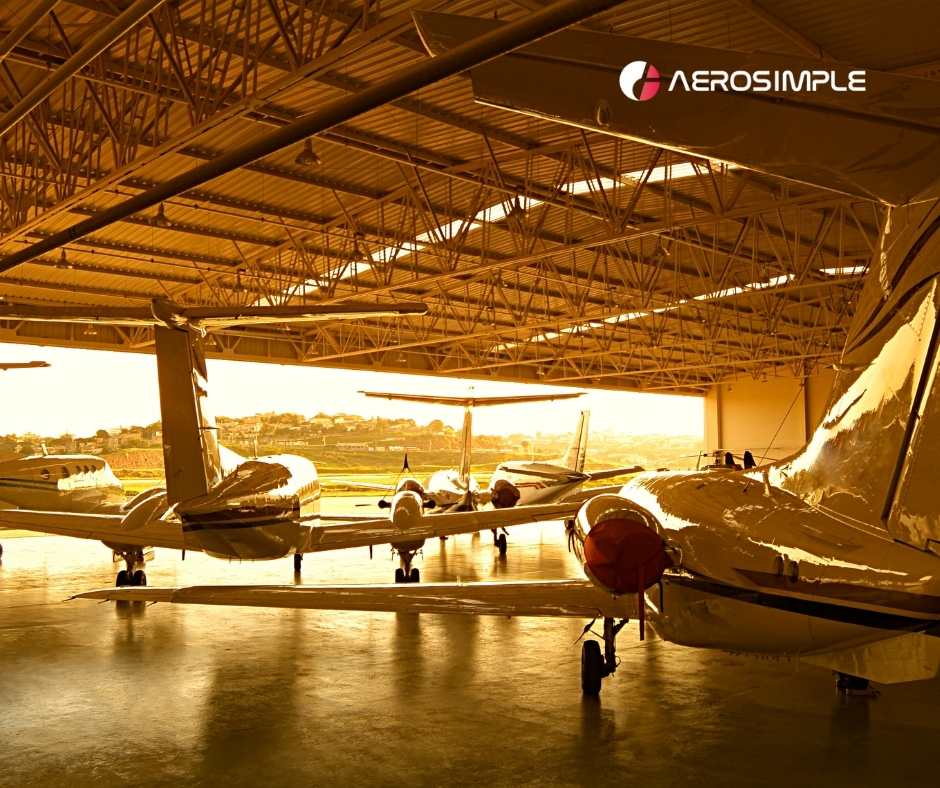 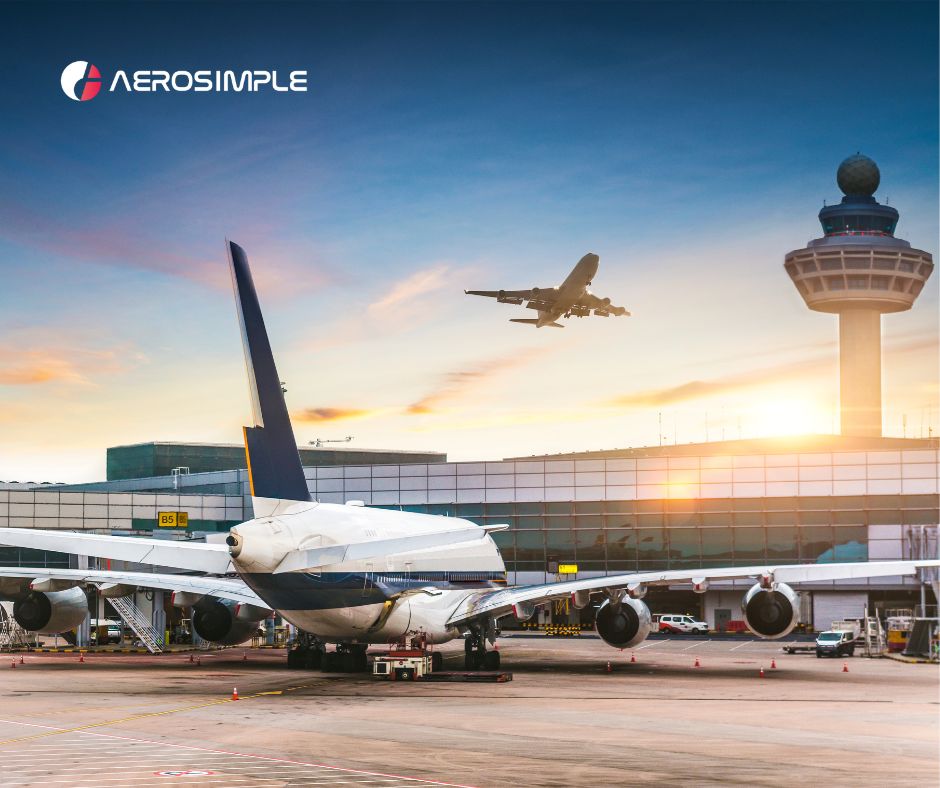 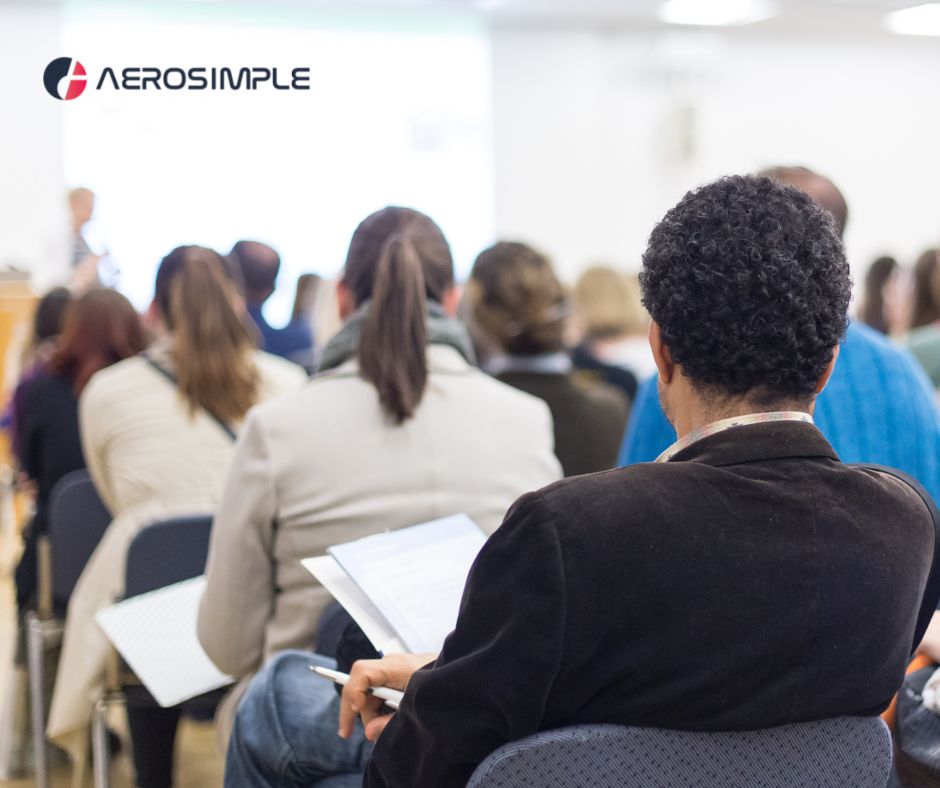 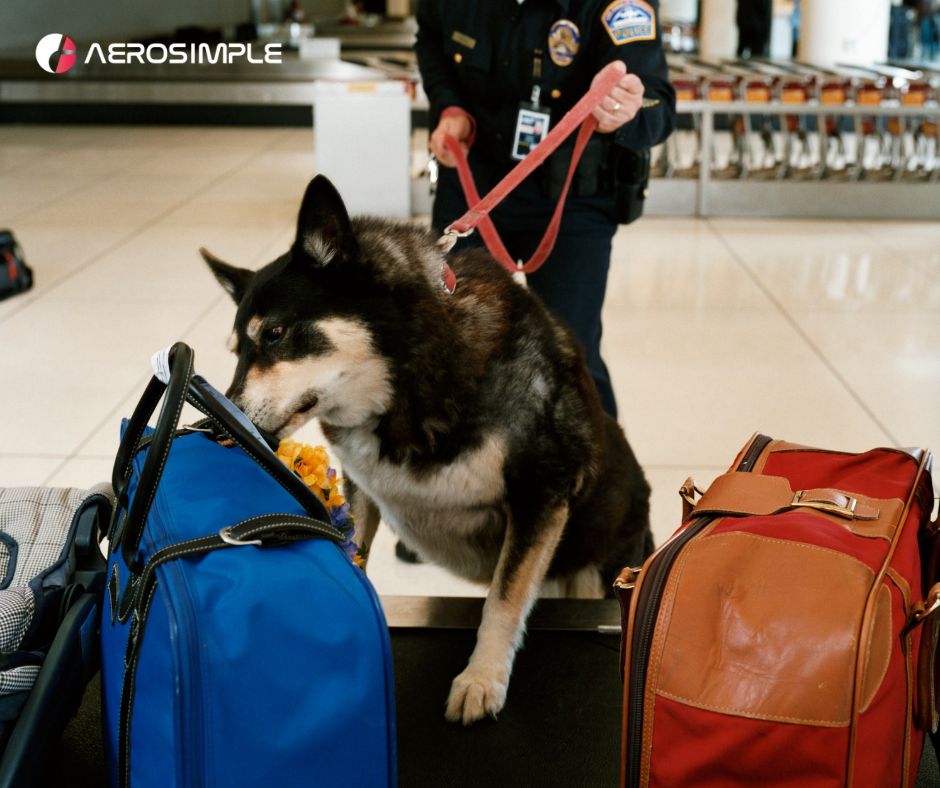 How To Improve Airport Security 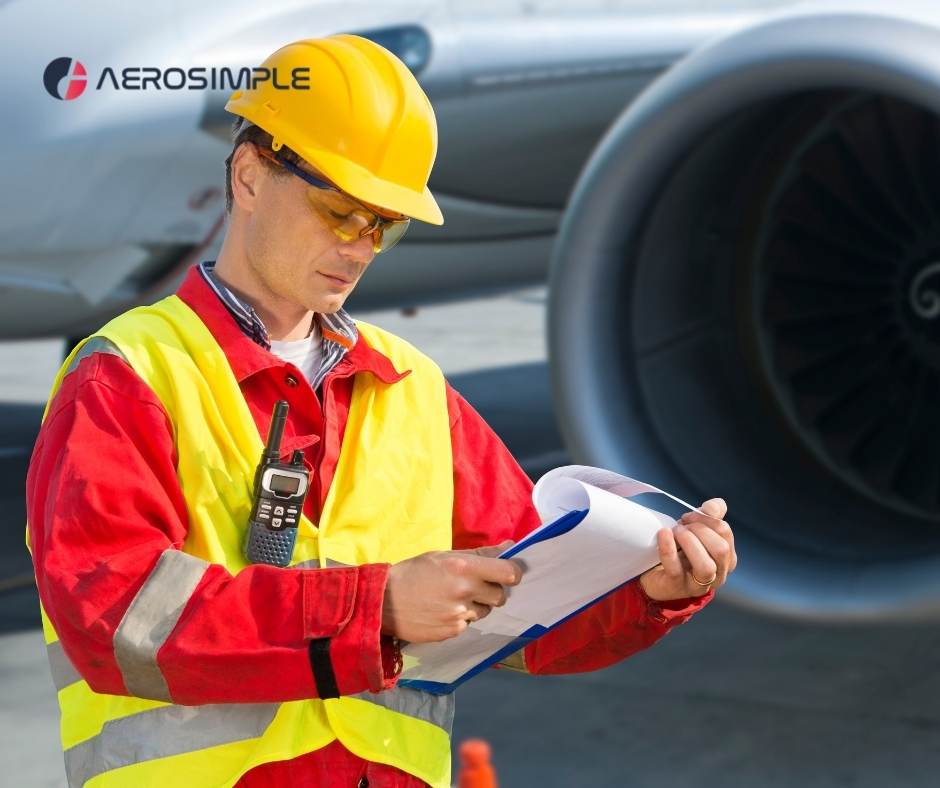